Warning: This may offend some readers. My personal opinion follows…

There is a dufus of a dinosaur. He is purple and green and not allowed in my house. In fact, I consider his name the “B” word.

Why don’t I like him? Well, I will admit that I have never watched more than a few seconds of his show at once. It is the bumbling way in which he moves and the tone of his voice that grate on me and I can’t get past.

We’ve all had the experience of looking ahead to future grade levels and wondering who our teacher might be. There may be things you hope to be a part of or hope to avoid.

Well, for the past few years I have watched one Pre-K 3 teacher use this dinosaur at the beginning of each school year. To be honest, it was reason enough for me to not want my daughter to be in that class. (Even though I think she is a lovely person and a good teacher.)

So, can you guess where this is going?

Yes – this is my daughter’s class and this is the week they are painting Barney. 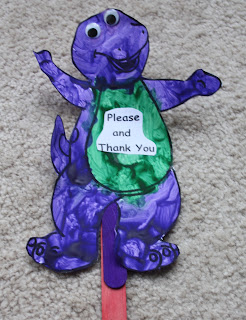 My little one is so excited that is has wanted to talk about it every, single, day. Oh joy!

I even found myself using it as a motivating factor, “You need to hurry up so you can get to school and paint your Barney.”

Really? That came out of my mouth?

I can assure you, her Barney, no matter how wonderfully it is painted or how cute the googly eyes are, won’t be one of the pieces of ‘art’ work I keep from this year. (Good thing I took the picture.)
Posted by Kristi Lonheim at 5:56 PM 7 comments:

The State of the World (at least my corner of it) 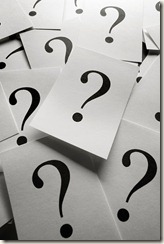 Once again 9/11 was a date people had been making plans for. Most of you think of the 9/11 attacks on the U.S in 2001. Those are vividly etched in my memory.

I would guess that most of you don't know that there were 9/11 attacks in Amman, Jordan in 2005. This part of the world writes their dates with the day and then month, therefore November 9th is 9/11. My memories of that night are for another post.

It wasn't until I posted last week's Slice of Life that I came to find out that reflections and memories of the attacks on the U.S.were the main fodder for the day. I remember thinking that here, in the Middle East, I often feel removed from the anniversary of that day. And then this past week happened. 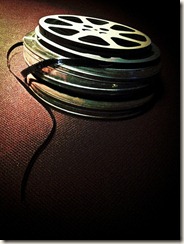 It turns out that a film, that was released many months ago, had been part of a plan to rile people up this September 11th. They appear to have succeeded in their plan.

This week I have found myself shaking my head at the things people choose to do. I am completely convinced that these are acts of people, not governments or majorities.

Perhaps you read about the KFC being set on fire in Lebanon, the irony being that the franchise is owned by Lebanese, staffed by Lebanese, and attacked by those wearing Nikes and Levis in an attempt to hurt America.

I live in this part of the world and have found the following blog posts interesting to read. Perhaps you will as well.

Julie Bredy teaches at the American Cooperative School in Tunis, Tunisia. We both call the NW home and are part of the same cohort for COETAIL. This post at Bergamotorange gives you insight into what went on in Tunis last week.

Email from the Embassy is written by Donna, currently in Amman. She is a Foreign Service spouse. This blog post gives not only a reflection of being in Jordan, relative calm in the region and recollects a troubled night at a previous posting in Moscow.

Finally a reflection of living 'normal' life when down the street is under siege in Cairo from Heather Dray can be found here. Her blog, The Wandering Drays, is another lens into Foreign Service life.

I continue to shake my head and wonder when the day will come that evil no longer has a hold on humankind.

Routines came as easily as breathing to students by the end of last year, so much so that I nearly forgotten how much work it takes to get them in place. This year the challenge has multiplied as I move to middle school with have four sections plus an elective.

The elective part is fine, but I find repeating myself over and over can be a bit tiresome. I have to remind myself that the kids in front of me haven't done anything wrong. They aren't forgetting the routines I have tried to establish three times already. They are simply the fourth round.

Tomorrow concludes our second week of school, however after a couple of days of orientation it means that I will be completing my fourth actual day of class with each section. We didn't have supplies until this week so most sections have only had one day with everything in place. When I remember this it is no wonder there are still big bumps to be slowed down for. 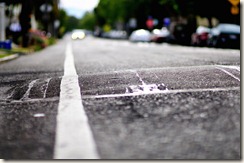 They will get there. Just a few more bumps and we can start cruising.