I am thankful for the life of an international educator. It is the best of all worlds.

I get to teach.

I get to live in different places.

We get to have these adventures as a family.

Plus there are vacations! Vacations are an opportunity to travel and rejuvenate and there are multiple built in to every year.

After a great summer I am ready for another year.

Posted by Kristi Lonheim at 7:31 PM No comments: 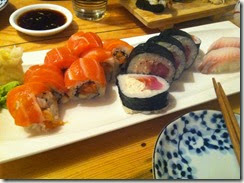 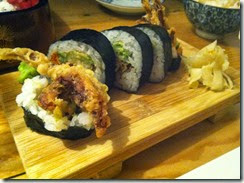 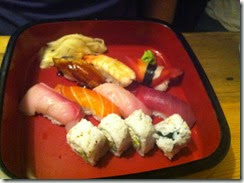 Posted by Kristi Lonheim at 7:15 AM No comments:

Did he really say that?

The bags are packed and it is nearly time to put summer of ‘14 in the books. As I reflect on the summer there are many wonderful memories of time with family and friends as well as adventures had and food enjoyed.

There is one comment that keeps coming back to me.

For those of us who pop up once or twice a year our conversations may or may not be similar to others. I don’t know. What I do know is that besides catching up with the person I am talking to there is also the opportunity to touch base about others within the same circle as there is never enough time for us to see everyone. It was during one of these conversations that the comment I have been ruminating about was made.

“Is he still doing the American Taliban thing?” he asks.

I pause as I can not possibly have heard correctly.

After what seems like a major pause in life, but was probably two seconds, I respond, “Can you tell me what you mean?”

It turns out, I had heard correctly. Unfortunately.

I am still, literally, shaking my head about this. I do realize that not everyone has any idea about different sects of Islam, but the person he was referring to is a Sufi. I have been trying to come up with a way to translate this comment into an American Christian parallel. I guess it would be like asking if a Quaker was still leading their local chapter of the Klan.

Sufis are mystics. Lumping a Sufi in with the Taliban is the most absurd thing I can imagine, but I take a deep breath and remember that American media doesn’t help people understand a religion that is the third largest in America, representing nearly 10% of the population, let alone Muslims around the world.

This moment I take with me as I head back to the Middle East.

Posted by Kristi Lonheim at 9:06 AM No comments:

What Are You Reading?

“It’s Monday! What are you Reading?” is hosted by Sheila at Book Journey. It is a chance for book lovers to share their reading accomplishments as well as what is on the proverbial nightstand. She even does a giveaway. Subsequently Jen and Kellee at Teach Mentor Textsadded an opportunity for those reading kidlit to join the fun. Since I read both I will post to both. Check them out, join the conversations, and discover more great books.

The Rose That Grew From Concrete by Tupac Shakur
A collection of Tupac’s poetry published posthumously.

# The Scar Boys by Len Vlahos
The journey of a group of high school students brought together as they form a band, and not just a band that plays in someone’s garage. This band actually has the opportunity to go places.

#  Cracked by K.M. Walton
What happens when a boy who attempts suicide ends up sharing a room in the psych ward with his greatest bully? This story uncovers the story and the depth of people you think you know.

Aristotle and Dante Discover the Secrets of the Universe
by Benjamin Alire Saenz
Over all the story is strong, but the middle got very slow for me and I, who have a very hard time abandoning books, nearly did. Glad I stuck with it, but not strong enough for my classroom. Great book for the right kids. The story of two high school boys’ friendship.

!  When Kids Can't Read by Kylene Beers
Strong resource for teachers who want to help kids read. Targeted for secondary teachers, but good foundation for anyone.

#  Played by Dana Davidson
I read this in one sitting – page turner! He is trying to fit in with the cool crowd and she is enjoying the boy she has had her eye on. He is using her. She is falling in love. What happens now?

Prisoner B-3087 by Alan Gratz
Starting in the ghetto of Krakow this novel is based on a boy’s experience as the Nazi’s take over.

Money-Savvy Kids by J Raymond Albrektson
Great ideas, but not a strong resource.

Posted by Kristi Lonheim at 8:44 AM 3 comments:

Email ThisBlogThis!Share to TwitterShare to FacebookShare to Pinterest
Labels: books, What Are You Reading?

J flies out Saturday. That means the end of summer is (quickly) approaching. What am I particularly thankful for this week?

Friends
My best girlfriend from high school’s daughter is pregnant and her baby shower was this week. Wow!

We managed to get to spend an evening with my best guyfriend from high school. This is a real trick since we both live overseas. Having a time when we are both ‘at home’ at the same time is a real treat.

Family
My brother and his family are down from Kodiak. This is a huge blessing. The cousins have been having a grand time exploring Seattle together.

Laundry
Doesn’t seem like it fits with the theme, does it? The ability to do a few load of laundry all in less time than one load at our home in Beirut does not go unappreciated.

Time in the Northwest.
This week that has been everything from too hot (in the 90s) to just right (overcast, occasional rain, and 70s).

Posted by Kristi Lonheim at 9:15 AM No comments:

Full disclosure: The author of the book I will be talking about is a personal friend.

I had a book in my ‘to read’ pile for nearly a year. That, alone, is not unusual. What is so unusual about this book is that I was deeply looking forward to reading it. I bet you can relate. I knew that I love the characters and knew the writing was going to make me laugh and cry as I walked through life with them. Part of the joy of this book was the anticipation of reading it. I savored the anticipation.

I then savored reading it, at least for the couple of hours that it took me. And, I was correct. I love the characters. I laughed and felt the pain as their lives unfolded on the page.

This is not the first book I have looked forward to reading, nor the first book I have put off reading until just the right time to savor every word. The difference is that this is a memoir. On top of the characters not being fictional it was even a storyline that I knew, that I lived parts of it in ‘real time’ with these friends of  mine.

So what was the ‘perfect time’ to read the book? I was going to get to see Kimberlee and her family, we were spending an entire, glorious afternoon together. I probably would have savored the anticipation longer if I hadn’t wanted to talk with her about her book. That, too, was a joy that I savor.

Cracking Up by Kimberlee Conway Ireton

Posted by Kristi Lonheim at 8:06 AM No comments: