Friday, the second day in our weekend, we went out for a driving adventure - a "Sunday" drive. Our destination was Ta'if, about 175 kilometers east and 6000 feet up.

About three quarters of the way there G decides she is tired and wants to take a nap. We tell her to go ahead. She hesitates. I tell her we will wake her up if there is anything exciting.

She ponders this and then replies, "OK. Wake me up if there are any camels."

She then adds, "camels or playgrounds."

She didn't say anything about the baboons, so we didn't wake her. (Don't worry, she got to see them on the way back.)

And please don't tell her, but we didn't stop for the several playground sitting out in the direct sunlight.

Camels? We didn't see any while she was sleeping, but we had seen these previously. So, for those of you who thought it was a random request on her part - it wasn't. 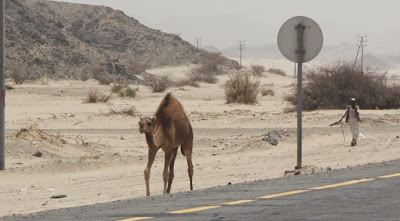 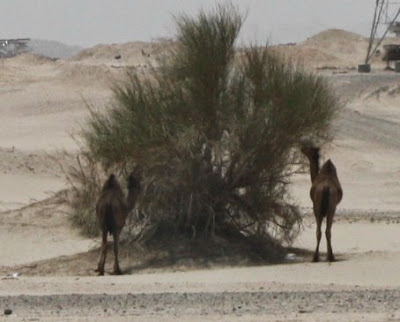 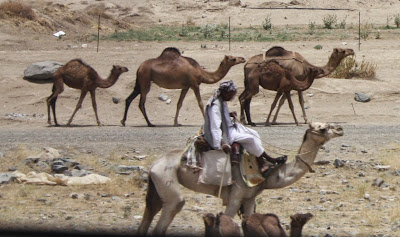 Posted by Kristi Lonheim at 10:00 AM No comments:

Her birthday was on Sunday. Her only request for anything resembling a party was to have cupcakes in her class. "Easy!" was my thought. Birthdays are celebrated on Wednesdays (the last day of our week). It wasn't until the morning of her actual birthday that she was even willing to acknowledge that her birthday was any day other than when the party would be.

Tuesday afternoon she had a fever. We don't go to school with a fever. The rule, which we follow, is fever free for 24 hours (without medicine) before you return. No matter what the next 16 hours held she would not be at school on her party day.

I broke the news to her gently, with good news and bad news. The good news was that instead of a short 'movie' on Wednesday she could watch an entire movie. The bad news being that she wasn't going to be able to go to school. She instantly asked about her cupcakes and party. I told her I would email her teacher.

Wednesday dawned and her fever broke in the night leaving me at home with a fully raring to go four year old. She asked about her cupcakes at one point. I told her she could pick - cupcakes at home that day or at school on a different day. She chose at home, but I wasn't sure she realized the full ramifications of her decision so I put her off.

We revisited the issue a couple more times throughout the morning. After rest time I could tell she had really thought about it when she told me she wanted to make cupcakes. When I asked her if she was sure she explained to me that if she waited until Saturday it would be June and her birthday is in May so we needed to have them today. 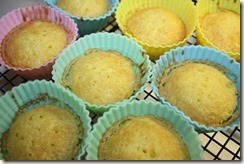 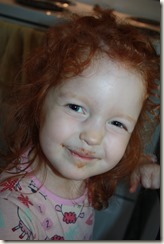 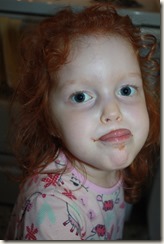 Posted by Kristi Lonheim at 8:56 PM No comments: