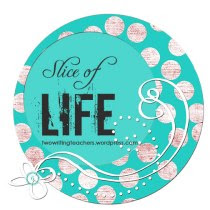 When I headed off to college I realized no one would know when my birthday was unless I told them. This was fine with me. I had been hurt too many times by hoping for it to be celebrated only to find the day slipping by. If I no longer had those expectations than I would no longer have the frustration.

During high school the group of girl friends I hung out with would celebrate one another's birthdays, however I was the one who usually at least got the ball rolling, if not planned it. That was one of my roles in that group. I enjoyed it. Having people feel special, if even just for a day, was something I could do. The challenge was that no one stepped into that role for my birthday.

Family would celebrate and I even had friends from other circles of life who found ways to make me feel special. (I will never forget this birthday.) But the realization that I had a chance to start over and decide who to trust with that information, to determine who would not let me down, was very powerful.

The twenty some years since that decision have been good. Sometimes my birthday has been celebrated and sometimes the day has passed by with me enjoying my little secret.

I know the day never passes without someone at least thinking of it. That is what happens when a step-brother and college roommate share the same birthday. I know we think of one another, even if it is not outwardly acknowledged. 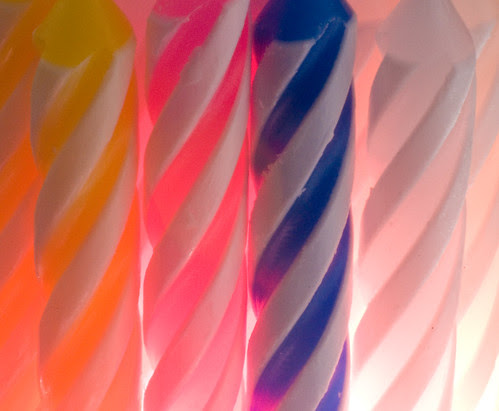 Some rights reserved by photobunny

So why the change now? There are a couple of reasons.

Most importantly, I am ready. I am completing my fortieth year on the planet. That brings a nice, round number with it, one that I have been ready to embrace for more than a year. (Having a spouse that is older will always lessen any possible sting those big numbers might hold.)

Also, G is getting close to four. She asks about these things. Simply telling her mine is after Daddy's and before hers does not cut it any more. She has been wanting to know what big milestones stand between 'today' and her birthday since the fall. We included Christmas, Daddy's birthday, Valentine's Day, Mommy's birthday, Spring Break, and Easter, all before her birthday. She started asking what months these things happened in and we told her. Now that it is March she realizes my birthday must be near. When you have a pre-schooler, especially one as verbal as ours, you have to be willing for anything you share with her to be public knowledge.

Finally, I have a trip over my birthday weekend. I am headed to Dubai for a PD conference (more on that, I promise). One of the friends I am traveling with has been bugging me about when my birthday is.

My birthday is Saturday.